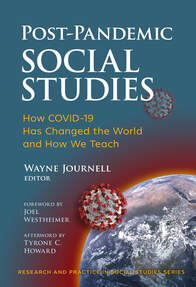 ​Post-Pandemic Social Studies: How COVID-19 Has Changed the World and How We Teach
2022, Teachers College Press
COVID-19 offers a unique opportunity to transform the K–12 social studies curriculum, but history suggests that changes to the formal curriculum will not come easily or automatically. This book was conceived in the space between the dismantling of our old way of life and the anticipation of what comes next. The authors in this volume―leading voices in social studies education―make the case that COVID-19 has exposed deficiencies in much of the traditional narrative found in textbooks and state curriculum standards, and they offer guidance for how educators can use the pandemic to pursue a more justice-oriented, critical examination of contemporary society. Divided into two sections, this volume first focuses on how elementary and secondary educators might teach about the pandemic, both as a contentious public issue and as a recent historical event. The second section asks teachers to reconsider many long-standing aspects of social studies teaching and learning, from content and instructional approaches to testing. 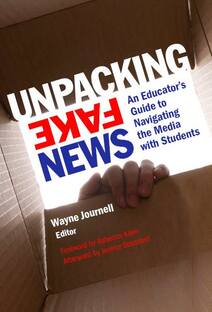 Unpacking Fake News: An Educator's Guide to Navigating the Media with Students
2019, Teachers College Press
Since the 2016 presidential election, the term fake news has become part of the national discourse. Although some have appropriated the term for political purposes, actual fake news represents an inherent threat to American democracy given the ease through which it is consumed and shared via social media. This edited book is one of the first of its kind to address the implications of fake news for the K–12 classroom. It explores what fake news is, why students are susceptible to believing it, and how they can learn to identify it. Leading civic education scholars use a psychoanalytic lens to unpack why fake news is effective and to show educators how they can teach their students to be critical consumers of the political media they encounter. The authors also link these ideas to the broader task of civic education and critical engagement in the democratic process. 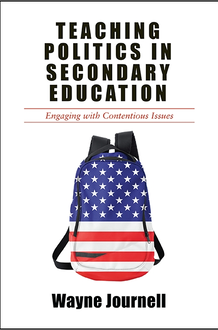 Teaching Politics in Secondary Education: Engaging with Contentious Issues
2017, State University of New York Press
Recipient of the 2018 Exemplary Research in Social Studies Award from the National Council for the Social Studies. Many social studies teachers report feeling apprehensive about discussing potentially volatile topics in the classroom, because they fear that administrators and parents might accuse them of attempting to indoctrinate their students. Wayne Journell tackles the controversial nature of teaching politics, addressing commonly raised concerns such as how to frame divisive political issues, whether teachers should disclose their personal political beliefs to students, and how to handle political topics that become intertwined with socially sensitive topics such as race, gender, and religion. Journell discusses how classrooms can become spaces for tolerant political discourse in an increasingly politically polarized American society. In order to explore this, Journell analyzes data that include studies of high school civics/government teachers during the 2008 and 2012 presidential elections and how they integrated television programs, technology, and social media into their teaching. The book also includes a three-year study of preservice middle and secondary social studies teachers’ political knowledge and a content analysis of CNN Student News. 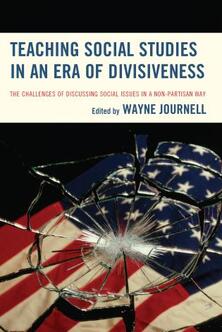 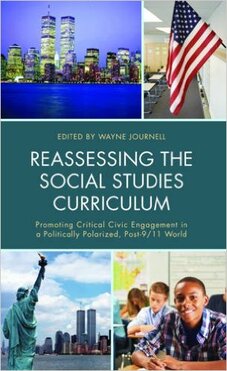 Reassessing the Social Studies Curriculum: Promoting Critical Civic Engagement in a Politically Polarized, Post-9/11 World
2016, Rowman & Littlefield
The terrorist attacks of September 11, 2001 dramatically changed many aspects of American society, and the ramifications of that horrific event are still impacting the domestic and foreign policies of the United States. Yet, fifteen years after 9/11—an event that was predicted to change the scope of public education in the United States—we find that the social studies curriculum remains virtually the same as before the attacks. For a discipline charged with developing informed citizens prepared to enter a global economy, such curricular stagnation makes little sense. This book, which contains chapters from many leading scholars within the field of social studies education, both assesses the ways in which the social studies curriculum has failed to live up to the promises of progressive citizenship education made in the wake of the attacks and offers practical advice for teachers who wish to encourage a critical understanding of the post-9/11 global society in which their students live. 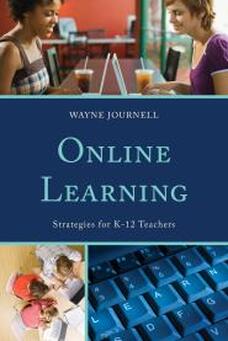 Online Learning: Strategies for K-12 Teachers
2013, Rowman & Littlefield
As online learning continues to become more prominent in K-12 education, it will be important that teachers are knowledgeable about both the potential of online learning and the challenges associated with moving curricula online. This book, written by a former secondary online teacher who now teaches online instructional methods to practicing K-12 teachers, addresses those challenges and offers practical, research-based approaches to creating successful online learning experiences. Both novice and experienced K-12 teachers will benefit from the author’s strategies for creating engaging, learner-centered instruction in an online format. This book is unique from other practitioner-oriented books on online learning in that it focuses exclusively on adolescents’ experiences with online instruction.